The regulations for EGMO 2021 are as follows.

1.1. The European Girls’ Mathematical Olympiad (EGMO) should if possible be held once per calendar year.

1.3. An EGMO takes place on dates and in a European country (the “Host Country”) specified in the Annual Regulations. The dates should be during the month of April.

1.5. The aim of the EGMO is to give more girls an opportunity to perform mathematically on an international stage, and so to discover, encourage and challenge mathematically gifted young women in all European countries.

2.1. Participation in an EGMO is by invitation only. Each invited country is entitled, subject to available space, to send a team consisting of up to four contestants (the “Contestants”), a Leader, and a Deputy Leader, to be known collectively as the participants (the “Participants”). There may be charges, specified in the Annual Regulations, for participation by teams from non-European countries. An invitation to participate in an EGMO does not confer any form of political recognition by the EGMO or the Host Country. A Host Country may invite an additional team or teams from that country to participate in an EGMO. Such additional teams have the same status as non-European guest teams. There may be teams consisting of Contestants from more than one European country if none of these countries sends a regular team. If the organisation for the national Mathematical Olympiad in at least one of these countries supports the team, then this team has the same status as an official European team.

2.2. A country’s Contestants should normally be citizens or residents of that country, and should be selected through that country’s national Mathematical Olympiad or equivalent selection programme. Contestants must have been born less than twenty years before 1 April in the year of participation at the EGMO. Contestants must have been normally enrolled in full-time primary or secondary education on or after 1 December in the year prior to the EGMO, or, in the case of home-schooled students, must not have received a high-school diploma (or equivalent), and must be working toward such a credential on 1 December.

In special circumstances the EGMO Advisory Board can approve minor deviation from these rules for specific countries on request. Information on deviations must be available to other participating countries.

2.4. Contestants must be female. The Annual Regulations may require Observers C to be female. There are no restrictions on the gender of other Participants and Observers.

2.6. Each invited country wishing to participate in an EGMO must confirm their participation in the way and by the date specified in the invitation. Participants, Observers and their travel details must be registered by dates specified in the Annual Regulations.

2.8. Leaders and Deputy Leaders must ensure that their Contestants know and fully understand the Contest Regulations. They must also make it clear that any Contestant who violates any of these Regulations may be liable to disqualification from an EGMO.

3.1. The official arrival and departure sites are specified in the Annual Regulations.

3.3. Other than in respect of the provision of accommodation, meals and transport during the Official Programme as detailed in sub-clause 3.2, the Host Organisation is not liable under any circumstances for any costs or expenses whatsoever or howsoever incurred by any Participant or Observer in connection with an EGMO. In particular, the Host Organisation is not liable for any expenses derived from:

3.4. All Participants and Observers are responsible for obtaining full accident, health and travel insurance if desired and the Host Organisation is not liable for any expenses arising from failure to obtain such insurance.

3.5. The Host Organisation must offer opportunities to Participants and Observers for excursions and/or cultural trips but is under no obligation to organise specific activities.

4.1. Each participating country other than the Host Country is invited to submit up to six proposed problems, with solutions, to be received by the Problem Selection Committee no later than the date specified in the Annual Regulations.

4.2. The proposals should, as far as possible, cover various fields of pre-university mathematics and be of varying degrees of difficulty. They should be new and may not have been suggested for or used in any other mathematics competition.

4.3. The proposals and solutions must be written in English.

4.4. The Problem Selection Committee selects the contest problems on the basis of the submitted proposals. The selected problems are presented to the Jury (see sub-clause 6.1) for translation before each paper. The Problem Selection Committee selects an alternative to each problem in case that problem proves to be already known when presented to the Jury.

5.1. The contest element of an EGMO (the “Contest”) takes place on two consecutive days specified in the Annual Regulations, under the direction of the Chief Invigilator appointed by the Host Organisation. On each day of the Contest the examination starts in the morning and lasts for four and a half hours. Each of the two examination papers consists of three problems.

5.2. Each Contestant may receive the problems in one or two languages, previously requested during registration, provided that the Jury has approved the relevant translation.

5.3. Each Contestant must work independently and submit solutions in her own language. The solutions must be written on answer forms provided by the Host Organisation. Contestants must write on only one side of each answer form.

5.4. The only instruments permitted in the Contest are writing and drawing instruments, such as rulers and compasses. In particular, books, papers, tables, calculators, protractors, computers and communication devices are not allowed into the examination room.

5.5. The Jury, Observers and any others who have any knowledge of the problems and solutions before the examinations must do their utmost to ensure that no Contestant has any information, direct or indirect, about any proposed problem. They must also ensure that each day’s Contest problems and solutions are kept strictly confidential until after that day’s paper has finished. They are barred, between the presentation of the each day’s problems to the Jury and the conclusion of that paper, from participating in any mathematical coaching with Contestants, Deputy Leaders and Observers B and C. Similarly, Contestants, Deputy Leaders and Observers B and C are barred from participating in mathematical coaching with Leaders and Observers A during the same periods of time.

5.6. The total number of prizes (first, second and third) must be approved by the Jury and should be approximately half the total number of Contestants. The numbers of first, second and third prizes should be approximately in the ratio 1:2:3. These calculations are made on the basis of the performances of members of official European teams. Prizes are awarded to participants from guest teams and any additional teams on the basis of these boundaries set by the Jury.

5.7. Special prizes may be awarded for solutions considered outstanding by the Jury. Proposals for such special prizes are put forward by the Chief Coordinator appointed by the Host Organisation.

5.8. The prizes are awarded at the Closing Ceremony. Each Contestant who has not received a first, second or third prize receives a Certificate of Honourable Mention if she has received seven points for the solution of at least one problem.

5.9. Each Participant and Observer receives a Certificate of Participation.

6.1. The “Jury” consists of all Leaders, together with a Chair. A Leader may be replaced by his/her Deputy Leader in an emergency (subject to the prior approval and consent of the Chair of the Jury). Observers A, members of the Problem Selection Committee and the Coordinators (as defined in clause 7 below) may also attend meetings of the Jury as observers. Observers are not entitled to speak or vote. However, they may exceptionally speak at the explicit request of the Chair of the Jury. Deputy Leaders and Observers B may attend, as observers, meetings of the Jury held after the Contest.

6.2. Only Leaders of official European teams may vote in the decisions of the Jury and each such Leader has one vote. A motion is carried by a simple majority of those voting. In the event of a tie, the Chair has a casting vote.

6.3. The Jury may appoint sub-committees to consider specific matters.

6.4. The meetings of the Jury are conducted principally in English.

6.7. On each day of the Contest, the Jury considers written questions raised by Contestants during the first half hour of the Contest and decides on replies.

6.9. Any allegation or suspicion of a violation of the Regulations generally must be reported to the Chair of the Jury. If he/she considers there is a prima facie case, he/she must form a committee to investigate further. The committee must report its findings to the Jury. The Jury must decide whether a violation has occurred and, if it decides that one has, then it must decide what sanction, if any, to apply. Possible sanctions include the disqualification of an individual Contestant or an entire team from the competition. The decision of the Jury is final.

7.2. For each problem, each Contestant receives an integer score out of a maximum of seven points.

7.3. Prior to coordination, Contestants’ solutions are assessed by Leaders and Deputy Leaders, and, independently, by Coordinators, in accordance with the marking schemes approved by the Jury.

7.4. Each coordination session involves two Coordinators provided by the Host Organisation and representatives of the relevant country. Two representatives, normally the Leader and Deputy Leader, are permitted to participate actively in any one session. With the approval of the Coordinators, one further representative may be present to observe the coordination process but cannot take any active part in it.

7.6. If, during a coordination session, the designated Coordinators consider that an irregularity may have occurred, they must immediately refer the matter to the Chief Coordinator. Unless he/she is satisfied that there is no case to answer, he/she must report the situation to the Chair of the Jury (see sub-clause 6.9).

7.7. For each problem, solutions by Contestants from the Host Country are coordinated by the Leader and Deputy Leader of the country that submitted the problem, with the assistance of the Problem Captain for that problem.

8.1. The Participants and Observers acknowledge that these Regulations, and the documents referred to herein, constitute the full agreement and understanding of their parties and supersede any previous discussions or representations made by or on the behalf of the Host Organisation in respect of an EGMO.

9.1. In these Regulations, “force majeure” means any cause preventing the Host Organisation from performing any or all of its obligations that arises from or is attributable to acts, events, omissions or accidents beyond the reasonable control of the party so prevented, including without limitation strikes, lock-outs or other industrial disputes (whether involving the workforce of the party so prevented or of any other party), act of God, war, riot, civil commotion, malicious damage, compliance with any law or governmental order, rule, regulation or direction, accident, breakdown of plant or machinery, earthquake, typhoon, fire, flood, storm, or default of suppliers or sub-contractors.

9.2. If the Host Organisation is prevented from or delayed in performing any of its obligations to the Participants and Observers under these Regulations by force majeure, it has no liability in respect of the performance of those obligations affected by the force majeure events, both during the continuation of such events and for such time after they cease as is necessary for the Host Organisation to recommence its affected operations in order for it to perform its obligations.

A.1. The Host Country for the 10th European Girls’ Mathematical Olympiad (EGMO 2021) is Georgia.

A.3. The Host Organization for EGMO 2021 is the Akaki Tsereteli State University.

A.6. Applications for Observers to accompany the participants, specifying the number of Observers, must be made by 18 December 2020. If accepted, payment of EUR 1500 per Observer must be made in cleared funds by 1 March 2021.

A.7. The charge for participation by non-European countries is EUR 1000 per Contestant and EUR 1500 per Leader, Deputy Leader or Observer. Payment must be made in cleared funds by 1 March 2021.

A.8. Registration of Participants and their travel details must be completed by 1 March 2021.

A.13. Personal data will be handled according to European law, see https://www.egmo.org/data-protection/ 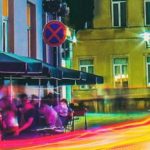